Type your search terms above and press return to see the search results.

Elements of the Sonic Newbery observations were re-installed into the Fourth Floor Print Room of the Newbery Tower for the ‘Grand Farewell’ party on June 19th 2011. As shown below, a live CCTV feed of each room of the dye lab was projected on to the wall which blocked them from view. 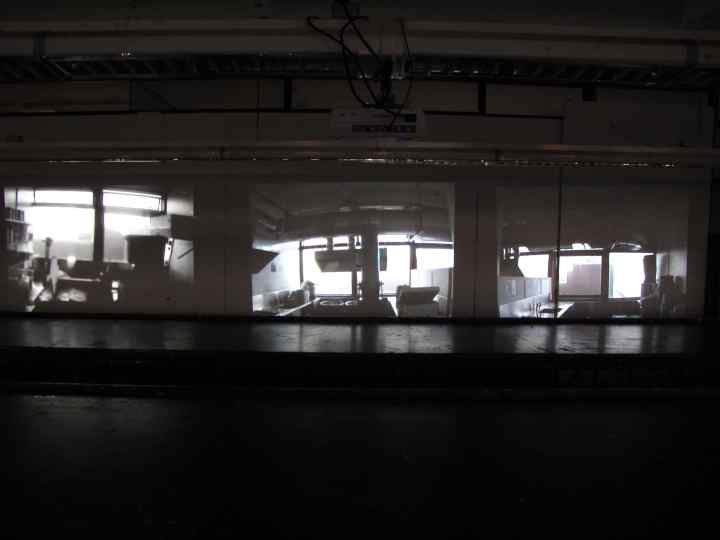 Other installations included; a film of the Textile Department’s 2010 Fashion Show projected onto staggered screens, Macro 35mm photography of accidental marks made in the Washing Bay (placed alongside an amplification of washing sounds), and electronic beats made up of sounds within the Print Room. The pieces were designed to illuminate the relationship between building and student, space and user.